Is Streaming Emulators on Twitch Illegal?

Streaming retro games is often one of the more expensive routes that you can go as a streamer on Twitch for a few reasons. For one, you need access to the original title itself, a working console to run it, and a capture card to send it out to your computer to encode into a live stream. Unless you run an emulator, which eliminates the need to have a console that works (in some cases) and a capture card.

While Streaming Emulators on Twitch isn’t illegal, there are things you need to know about it to avoid breaking any copyright laws.

Mainly, you must make a digital backup of the game yourself, even if you own the original game.

Emulation can save you anywhere from hundreds to thousands of dollars, depending on the console in question, as things like the SG-1000 that actually works is a super rare and highly collectible item.

For this reason, many streamers will consider using an Emulator in these cases, which eliminates the need for the capture card and a working console. However, you legally cannot source a digital copy of the game from seedy online ROM sites. To do so is to commit digital piracy.

Disclosure: I am not a legal expert – I am merely stating this information as I interpret the law from a few hours of research. Please consult a legal expert on copyright law regarding this if you would like a real confirmation.

Emulators are not illegal in and of themselves – It is the games and software that fall under that legal grey area. You are allowed to create a digital backup of your game for archival/backup purposes, which is then rendered by the emulator using a powerful computer to essentially act as a software version of the original hardware. However, you are not allowed to sell your digital copy or provide it to anyone else. It is worth noting that some game developers will consider this piracy, regardless of what the law states.

Just so you are aware, emulators tend to have issues running games because software emulation will never be a perfect substitute for the real deal – though it certainly gets close. There may be certain features of a title that won’t work in emulation.

You must also make this backup copy yourself, meaning you’ll likely need specialized hardware to do so. It is a pain to deal with, to be sure, but it is the only legal way to do this. For example, see this guide on how to create a backup of Wii Games.

There are a lot of emulators that have been made over the years. Due to the legal grey area that emulation has about it, there are many scam sites involved. I’ve sorted through them to find the legit ones.

One final reminder – for emulation to be legal, you must source your own digital copies of games or software from hardware copies that you own.

Here is a list of the best emulators for Nintendo & PlayStation Consoles:

Is it Legal to Stream Emulated Content on Twitch?

It is perfectly legal to stream emulated content on Twitch, provided that your digital ISO copy of the game or software that you are streaming was sourced from your own original copy. I see plenty of content creators who utilize emulators to take part in speed runs or access mods for certain titles. The Emulator allows users access to useful tools designed to track your speed run and crank up the render resolution of games or even turn on features like Ray Tracing for Breath of the Wild.

That said, you are still subject to copyright strikes. Should any music tracks within the game that you are playing have an active license preventing the right to broadcast, a copyright strike may be issued to you at any time. On Twitch, these strikes are permanent, and 3 strikes, you’re out. The safe bet is to mute in-game music, where possible, and manually mute the game sound source asap when not.

You may be able to contact the game dev studio, assuming they are still in business, and inquire if the music tracks within are okay to stream on Twitch, and I recommend that you do so. Some won’t know, as they are not privy to the specifics of the licenses involved, and those are the ones where I strongly recommend muting the music track.

This music issue extends beyond streaming emulators on Twitch, so be aware of that before you get yourself into trouble.

If you’re not interested in making backup copies from your original hardware copy, then your only other option to legally stream retro content is via a capture card. Here’s how to do this:

How to Stream Retro Games From Original Consoles

To stream retro games using the original hardware, you’ll need to buy specialized capture cards or RCA to HDMI adapters that let you use a modern HDMI-based capture card. In many cases, older consoles utilize Component cables to connect to a display, but occasionally you’ll see Composite, among others, depending on the era that the console is from.

I’ve compiled a complete list of every major non-handheld console that was publicly released at one point or another and paired the accessories that you need to be able to stream to Twitch, Glimesh, YouTube, or whatever platform you choose. Many alternate products can accomplish this task, and some are better than others, so feel free to look around. In most cases, you can get away with the General RCA Capture card method, which I’ve included below.

Some companies have released newer iterations of old consoles that come with HDMI. Just be sure to check what kind of connection is out of the back of the console that you have before you buy anything.

I’ve omitted the Sega SG-1000 and SG-1000 II consoles because they are fairly rare. This makes them excessively expensive if you even manage to find one that is in working order, especially when there are other ways of playing games that appeared on those consoles.

Remember, if you have the original console that has a working Composite connector for A/V, you can opt for the General RCA Capture.

You can use the ioData GVUSB2 Capture card in place of any HDMI adapter if the console supports Composite RCA A/V, but in doing so, you miss out on features like Line doubling and upscaling. This also means that you can stream at a lower resolution and FPS that matches the original gameplay to avoid causing the image to get blurry.

One of the most popular HDMI converters out there for retro gaming is the RetroTINK-2X Pro, but they were hit pretty hard by the chip shortages brought on by the pandemic. This is the better version of the component adapter I mentioned above, with the line doubling and upscaling features of some console-specific HDMI adapters. The manufacturer also recommends that you don’t use this with any Elgato capture cards but doesn’t clarify why. Others have reported that it works fine, but I will say this – use it at your own risk.

The creators of the Retrotink-2X Pro did release this post, which references testing done by EposVox. I recommend giving that a read.

Please note that the ioData capture card will need to have a setting changed in your Windows 10 Privacy settings in order to work with OBS Studio and other live streaming programs. If you are having trouble seeing any other capture card in OBS Studio, then this may resolve that issue as well.

This should resolve the inability to see the Video Capture device in the sources. If you are still having issues, try moving the capture card to a new USB port and resetting your PC. 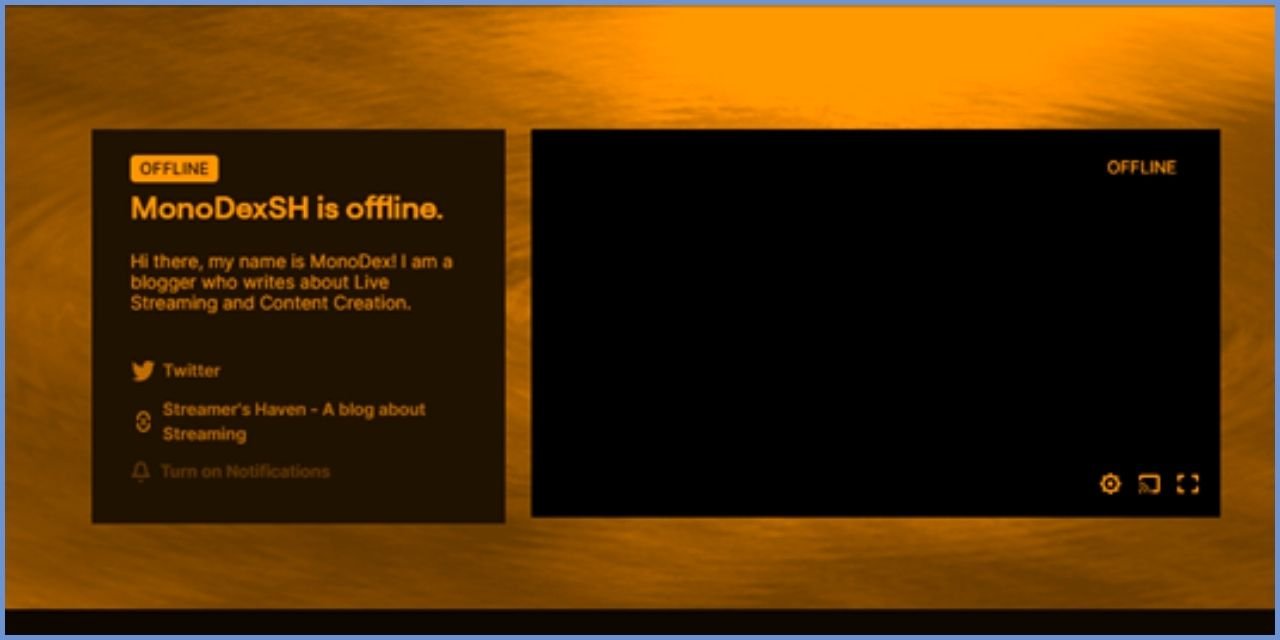 How to See Looming Copyright Strikes on Your Twitch Channel

Twitch now has the ability to show you if you have any copyright strikes on your channel. They are no longer permanent, which is a much needed change. How to Easily Block Links on Streaming Platforms

Trying to figure out how to block links on a particular streaming platform? In this article, I show you how to do that on Twitch, YouTube, Trovo, and Glimesh.